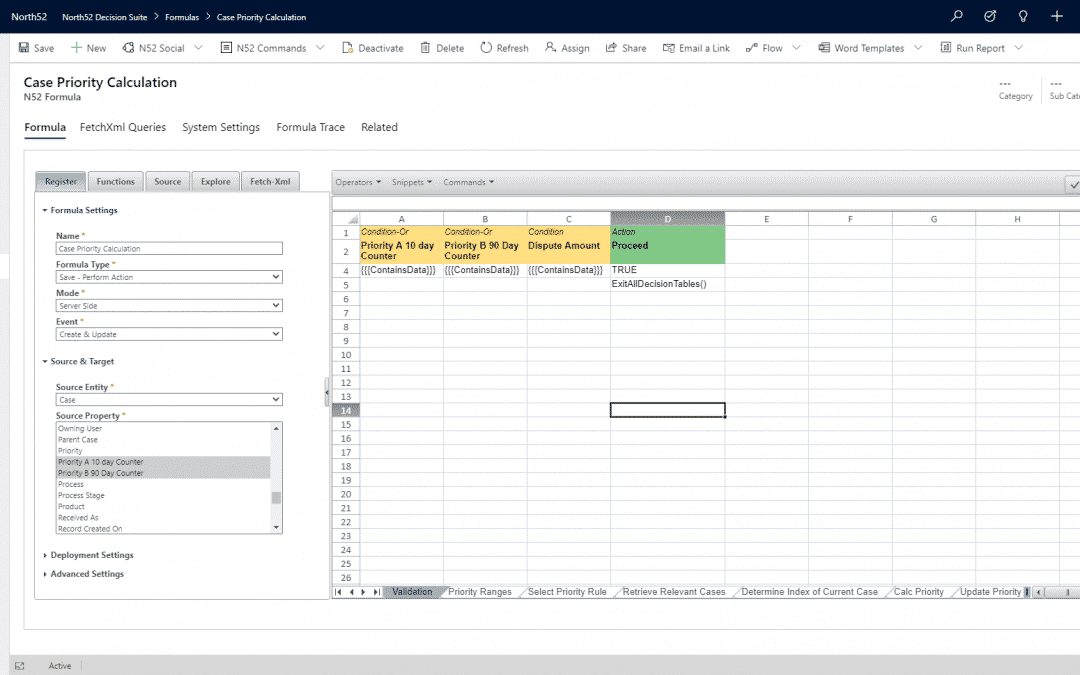 A new knowledge base article has been published on our support portal.

In this scenario the requirement is to assign Dynamics 365 case priorities dynamically on the creation of the case which are being brought in from an external system. The case with the highest priority should be the next handled by their customer service agents.

When the case is created, it’s location in the queue of cases pending review needs to be calculated and then a case priority value assigned to it.

Rule 1 cases have a higher priority than Rule 2.

Rule 2 cases have a higher priority than Rule 3.

Priority Rule 1: Priority A 10 day counter is not blank

Priority Rule 2: Priority B 90 day counter is not blank and value is less than or equal to 50

Priority Rule 3: Cases where Priority B 90 day counter is greater than 50 days

For each of the various rules, the internal ordering of the cases in that range should follow these rules:

The solution that we used here was to use a decimal numeric range for the Case Priority.

The higher the rating, the more important the case.

For each case that comes in, we identity its position in the queue, then determine the rating of the case before and after it, add them together, half them and assign that rating to the new case.

The maximum value for a Rule 1 case is 3, the minimum value is 2.

So now we have three cases in Rule 1, with this ranking in the queue.

By using decimals we can assign the priority each time without having to alter the ratings for other cases in that rule.

View this article in full on our support portal