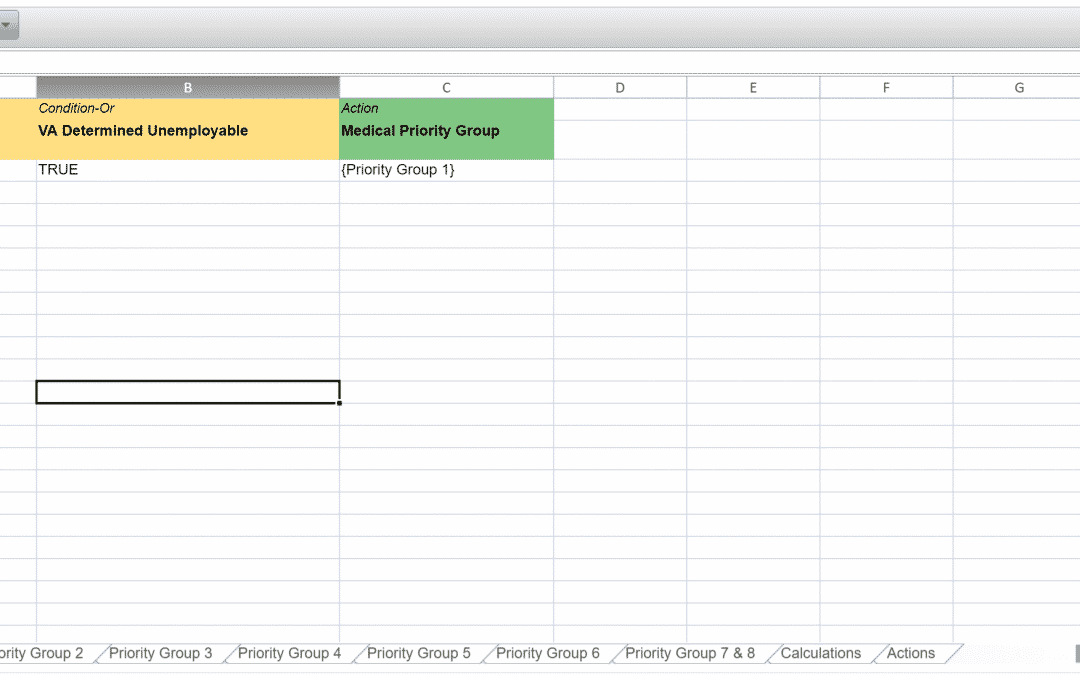 A new knowledge base article has been published on our support portal.

Today’s Veterans have a comprehensive medical benefits package, which VA administers through an annual patient enrollment system. The enrollment system is based on priority groups to ensure health care benefits are readily available to all enrolled Veterans.

This example shows how to set up a Multi-Sheet Decision Table to evaluate which Medical Priority Group a Veteran would belong to.

The documentation for these requirements can be found here.

To be eligible you must fit into one of the following categories:

View this article in full on our support portal